Originally posted here in 2016, and reposted now in honor of the Saratoga marching band 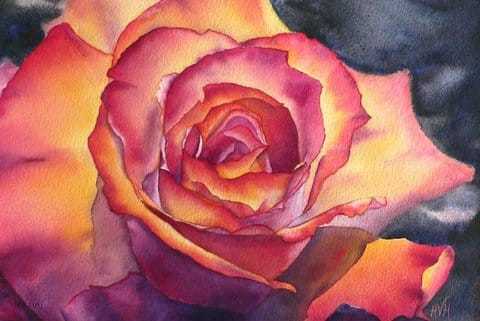 The amazing Marching Band at Saratoga High School has been selected to march in the 2016 Rose Bowl Parade.  Congratulations!!!

You can read more here in the San Jose Mercury News article, and see a YouTube video of this exciting announcement here.

In the Marching Band’s honor, I am posting this watercolor painting, ‘Saratoga Rose’, created a few years ago.

Once again, a huge congratulations to the Saratoga HS Marching Band!!!!

The making of a rose painting (video)

I was honored to be interviewed by Heather Durham on her Silicon Valley TV show.…

What’s the favorite part of your job?

What's the favorite part of your job? Whether you're a banker, lawyer, stay-at-home parent, or…