If you look at a painting of a mountain or lake or sky and then gasp because of its beauty, it’s often because of an amazing portrayal of light.

Two of the all-time masters at portraying light were JMW Turner and Claude Monet. You’ve probably heard of them  🙂 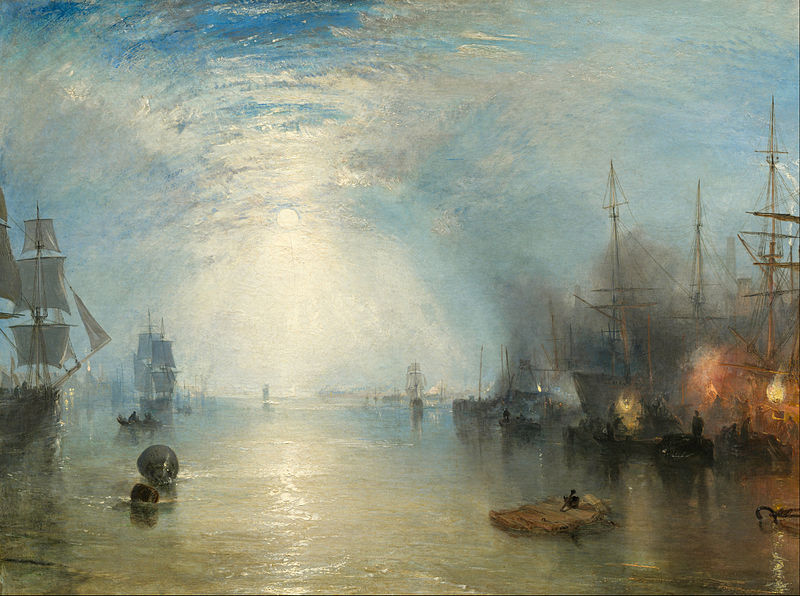 Turner was known as ‘the painter of light’, and was one of the greatest British landscape painters of his time.  In the above work, take a look at Turner’s portrayal of the moonlight on the clouds and in the water, and the firelight and its reflections. Amazing! 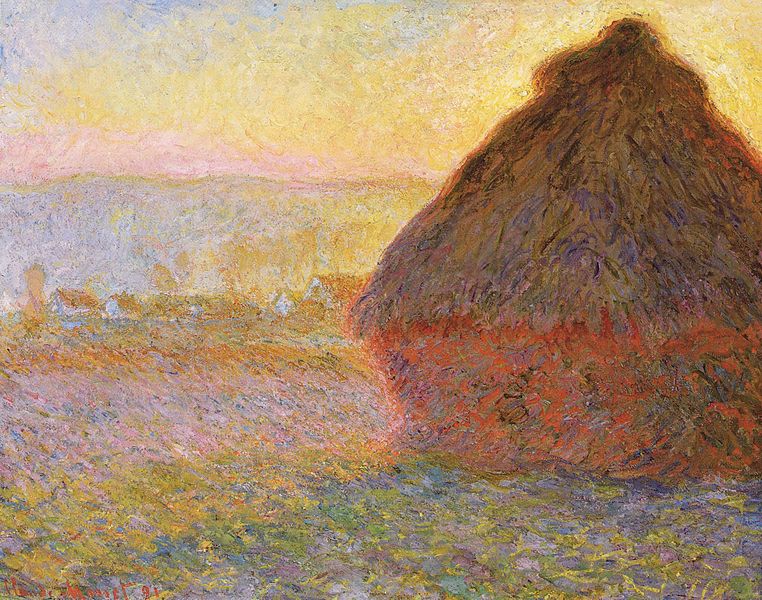 Twenty years after Turner’s death, Claude Monet founded Impressionism. Impressionism was all about the portrayal of light, and Monet would sometimes work on a dozen paintings a day; each one depicted a slightly different aspect of light.

Monet would continue working on these paintings over the course of days, switching from one painting to the next when the time and light were just right.

“Haystacks (Sunset)”, above, is one excellent example. What do you think of those sunset purples and reds? They just take my breath away. 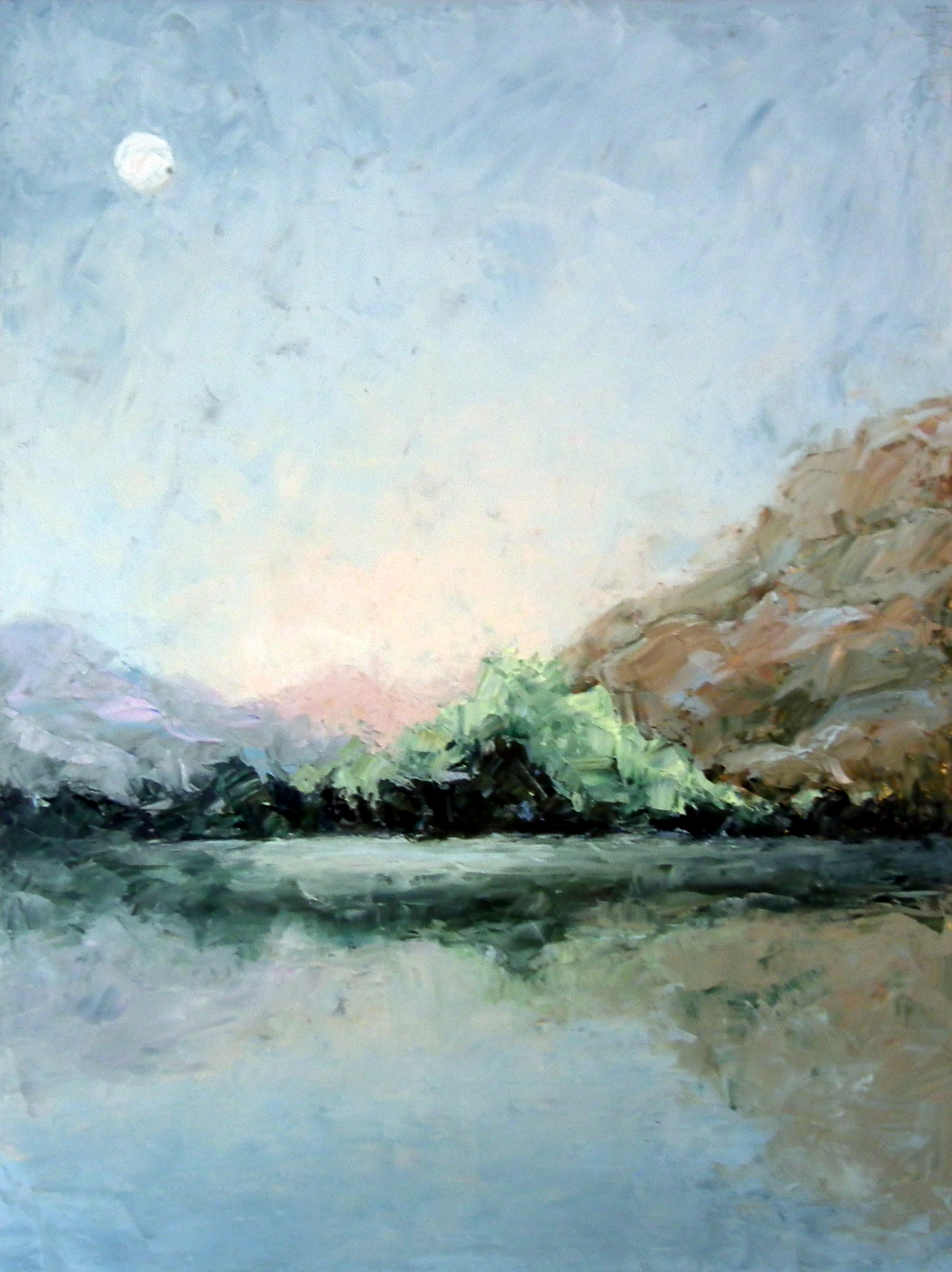 This last work (very humbly put after the two above it) is mine. It is here as an example of a painting that was intended to capture the morning light over a beautiful little lake in the Sierra Nevada mountains in California.

Painting light was (and is) the focus of a great many artists.  Other masters include Vermeer, Valazquez, and Rembrandt.

Who are your faves? Drop me a line at holly.vanhart@gmail.com and let me know.

Friends, Thank you!  Because of you, my life is filled with warmth and friendship and color…

Fellow art lover, Greetings! What are you doing on the night of Saturday November 17,…

Video by Holly Van Hart – How a painting is created

http://www.youtube.com/watch?v=ro6pSt9Dp_g Many of you have been curious about the painting process, and how paintings are…

At cocktail parties and other fun social events, people often ask me questions about life…

Do you do custom paintings (commissions)? Video